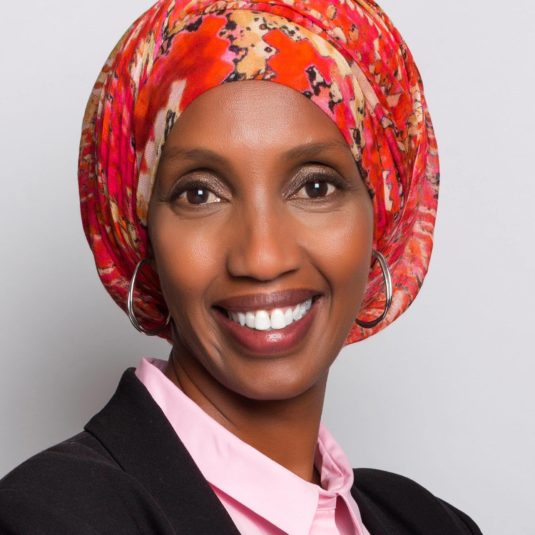 From Somalia’s war-tone Mogadisho to the World’s most liveable city Melbourne, to Strengthening my cultural currency through sharing the wealth of my nation (CookwithMariam), to opening my backyard as a community garden and holding a healing space for women, to becoming an author of a Resilient life, to founding Mariam Issa a brand of storytelling in unlocking potential, I passionately believe all we need in overcoming adversity is a stretch of the imagination.

At age 30, Mariam Issa moved to a suburb of Melbourne, Australia, from her Somali homeland with her husband, four children and a fifth on the way. Far away from the tight communities and families in Somalia, Mariam found herself in a foreign country that had a foreign language and a foreign culture. Similar to a butterfly emerging from a cocoon, she spent 10 years going through depression, the victim phase, an anger phase, and finally, arriving at the activist phase. Through her powerful stories that tell her trials and tribulations, she has inspired countless women who have had similar experiences to stop seeing themselves as victims, but to see the butterfly within in order to achieve their fullest potential.

Mariam is the distinguished author of the book, “A Resilient Life,” a story of resilience in the face of hardship and the spirit of determination, optimism, and understanding of all that makes us human.

She is the co-founder of RAW (Resilient Aspiring Women), a not-for-profit organisation that supports women’s resilience through intercultural dialogue and exchange facilitated by storytelling, cooking and gardening.
Mariam continues to share her experience and commitment to improving refugee’s lives by sitting on the board of Asylum Seekers Resource Centre, serving as an ambassador for Refugee Council of Australia and a Director at Family Peace. She is an International Women’s Forum member and co-founder of Space2b, an art and design-based social enterprise established to support asylum seekers, refugees and newly arrived migrants. She was awarded the Ambassador of Peace award from the Universal Peace Federation in recognition of her on-going work promoting social cohesion amongst Melbourne’s culturally diverse population. She is regularly invited to speak to large organisations and conferences and featured in national Australian TV, radio and press.

Read next article
Go back to all articles
Happy Spaces, Happy Brands and Living Matters are registered trademarks of the Happy Spaces Group Pty Ltd. 2021 © All rights reserved.
Close